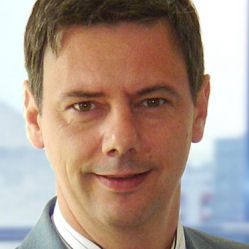 Timm Allen is a freelance 3D graphic artist and lives in Berlin (Germany). His focus is on the image and video analysis and creating new methods of analysis.

Geolocation and a Philosopher's Stone in Kashmir

On February 27 of this year, a MiG-21 Bison aircraft of the Indian Air Force was shot down over the contested Kashmir region of Pakistan. Soon afterward, pictures and videos showing the wreck of an Indian MiG-21 Bison at various locations were published across both traditional and social media. Bellingcat initially reported on this incident on March 2 — and took into account the associated war of words between involved parties.

The exact crash location of the MiG-21 was, however, not widely known until now. Most comments about the crash location pointed to the Samahni district in the Kashmir region; however, this is a relatively inexact location. We can assume that the MiG-21 debris is distributed in a larger area.

Two photographs have been widely distributed that show an area in which a large part of the debris (front) of the MiG crashed. 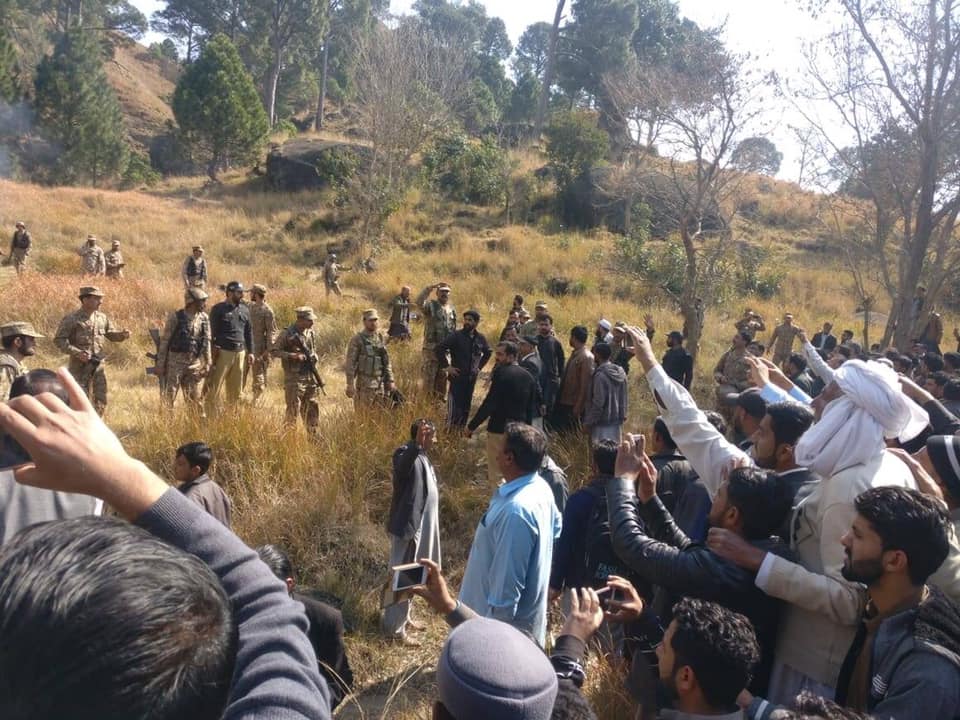 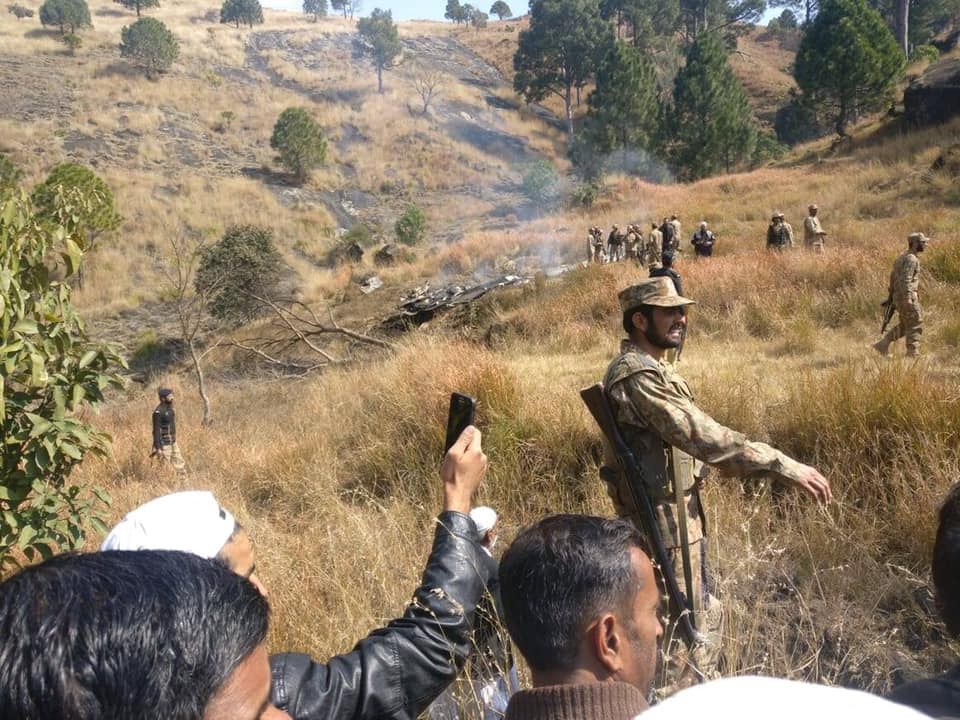 From these two photographs, we can create a panorama to make studying the area easier for conducting geolocation. This can be done by just patching together the two images in image editing software at the intersection points between the two photographs. 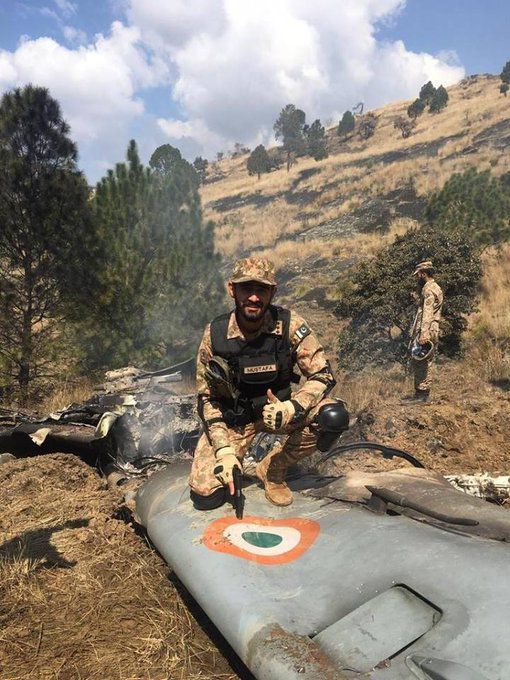 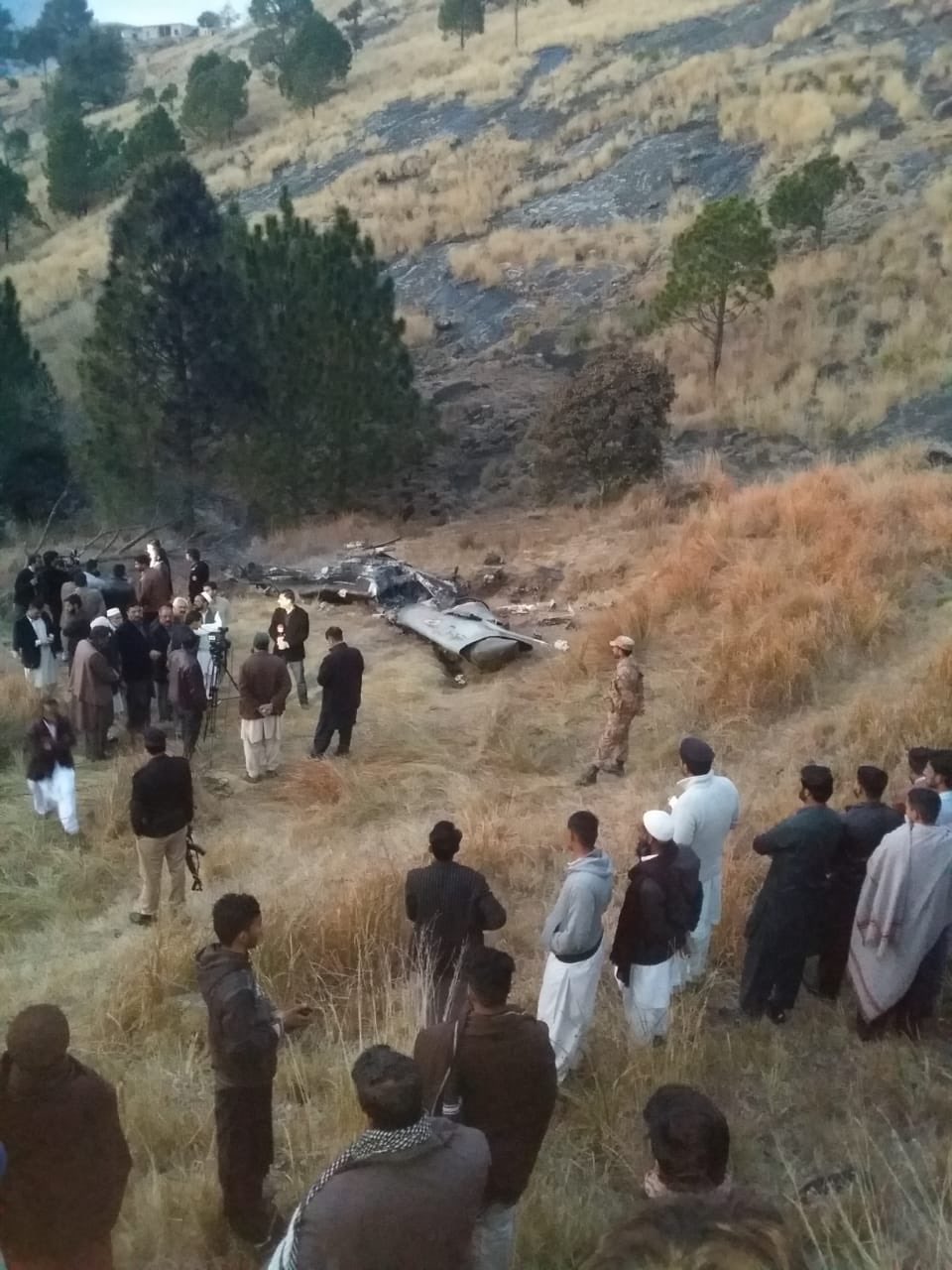 Although several videos of the scene can be found across social networks, the exact location was still difficult to determine as there are no visible unique buildings or man-made structures — except for just one house in the distance — that allow for an easy geolocation.

One of the best details visible in the published images are the trees on the mountainside. While it would eventually yield a result, spending hours looking at every patch of vegetation on the hills of Kashmir across several hundred square kilometers is not a very good method.

For this reason, further information was sought that would allow for a better spatial determination and a clue of where to focus our search. In finding and watching a video in which an eyewitness was questioned, the golden clue was provided. In this video, a reporter asks the eyewitness, a man named Mohammad Yasin, where they are, to which he answers “Horran Kotla.” 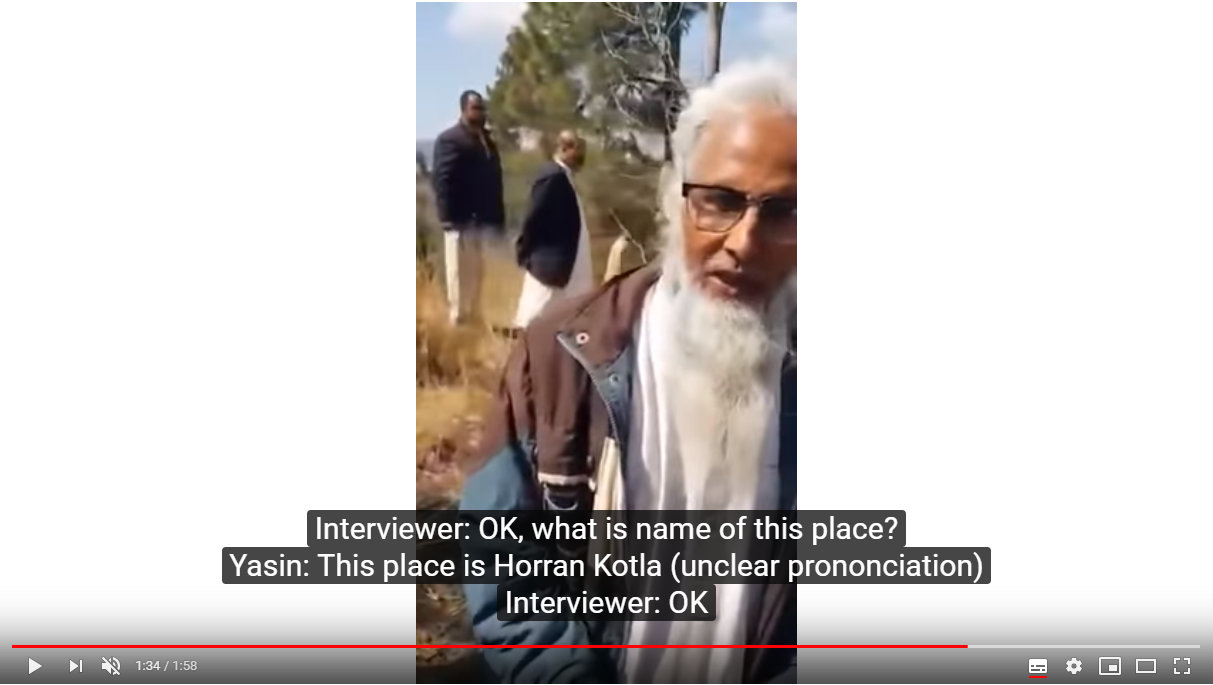 Toponyms, especially in relatively remote locations, can be very difficult to find in online mapping services due to transliteration errors and local usage differences. For example, searching “Horran Kotla” in Google refers you to the Indian village of Kotla Heran, as Google attempted to “correct” any transliteration differences to no success. However, a further search for “Horran Kotla” returned a hit in Mapcarta with a location near the reported crash site in the Kashmir region.

With this delimitation of the area, the search could be intensified. A key feature that can also be cross-referenced in satellite imagery is visible in the panorama: two larger boulders amongst the vegetation. 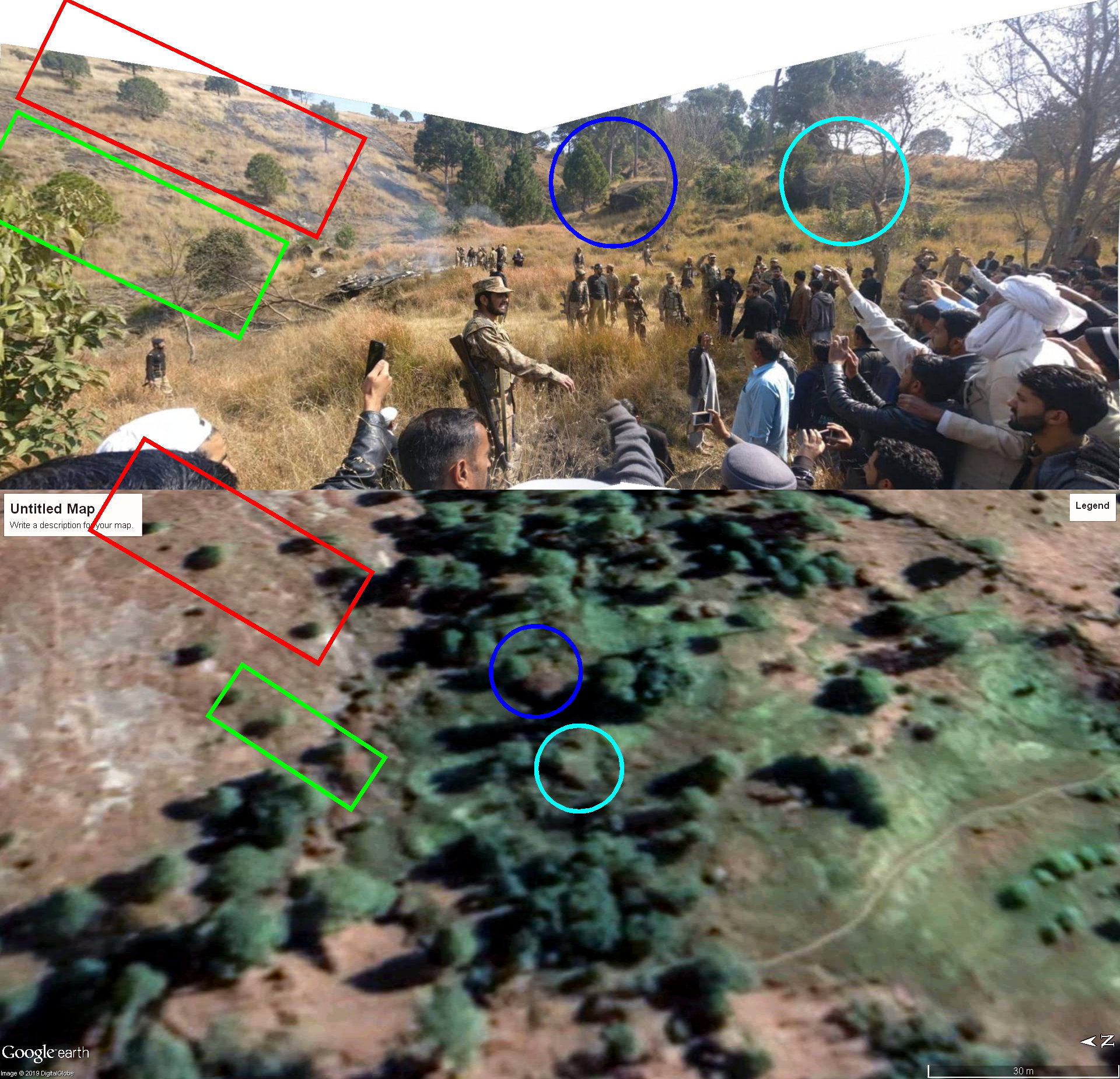 Important tip: When using Google Earth, you should turn on the “Terrain” feature (bottom-left part of the interface) to cross-reference the hills, valleys, and mountains as they appear in your source material. 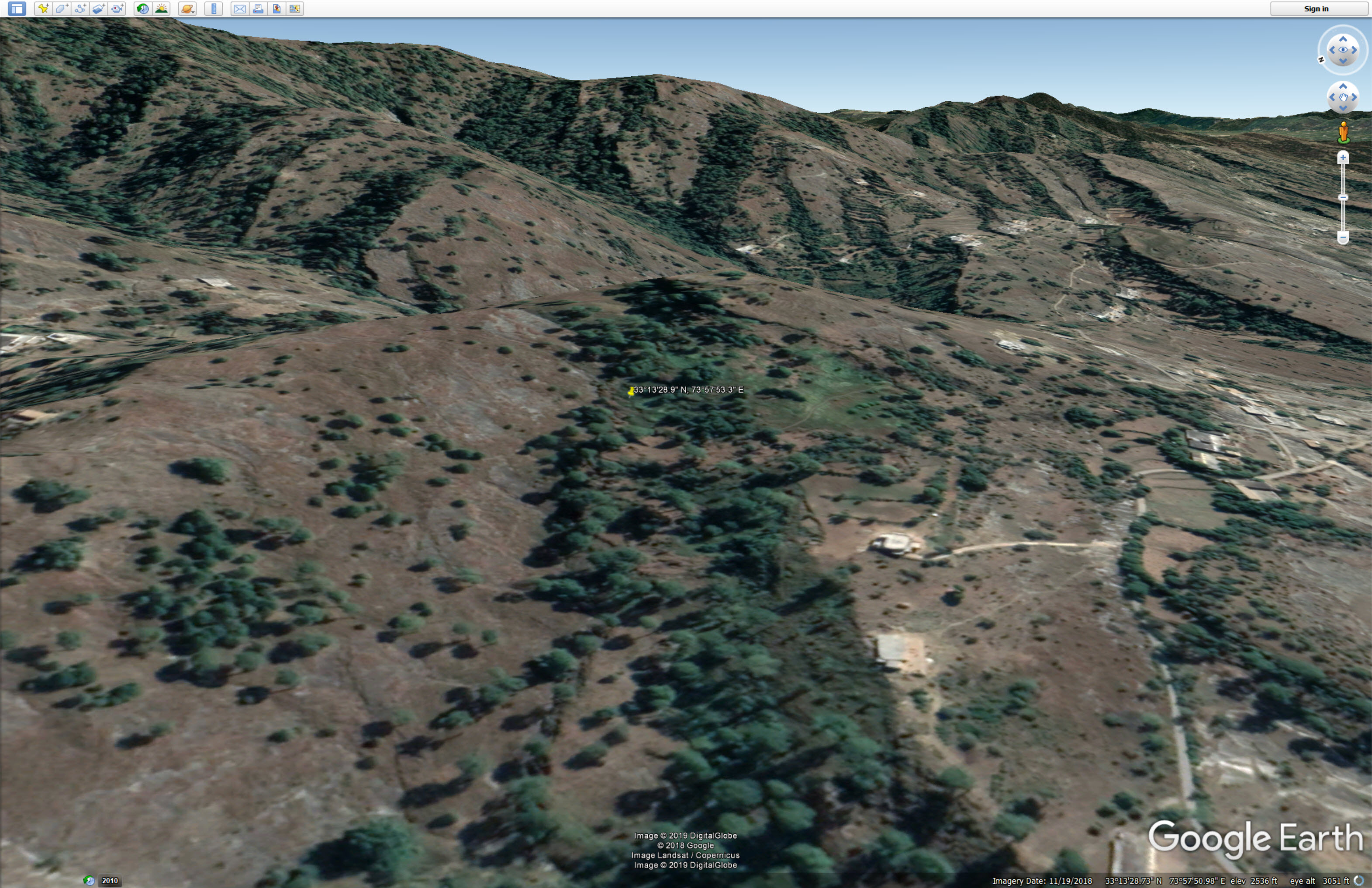 Thus, even a remote area with few identifying markers can eventually be geolocated. 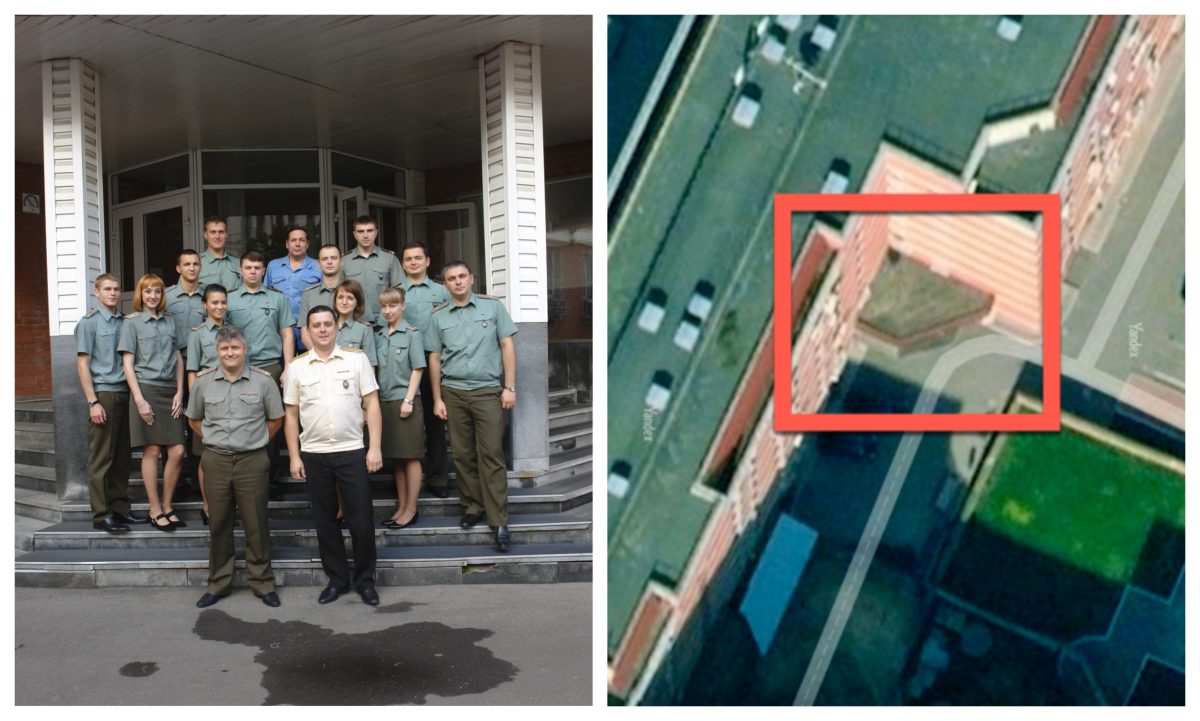 How we Geolocated a Photo of a Russian Missile Programming Team 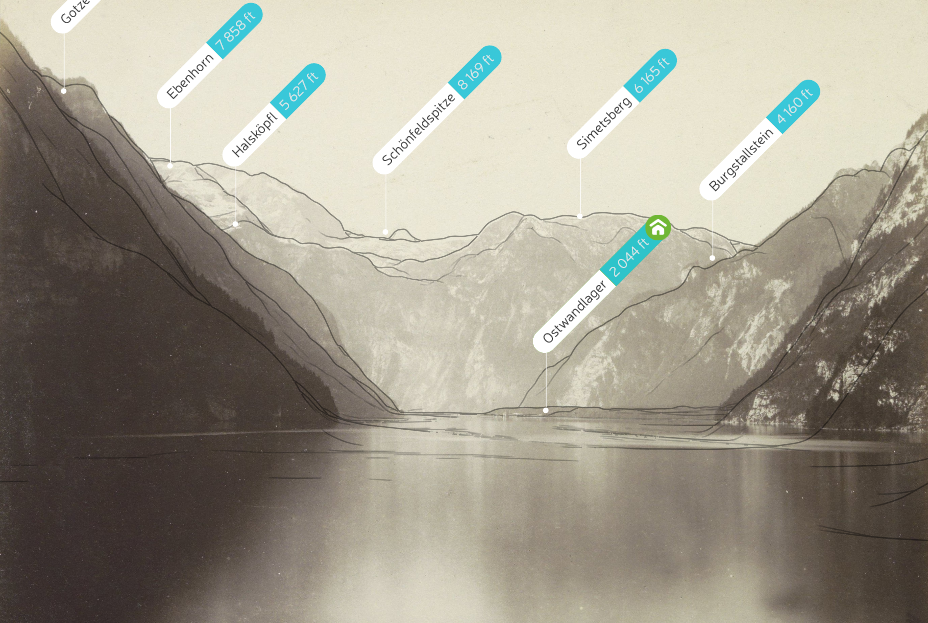 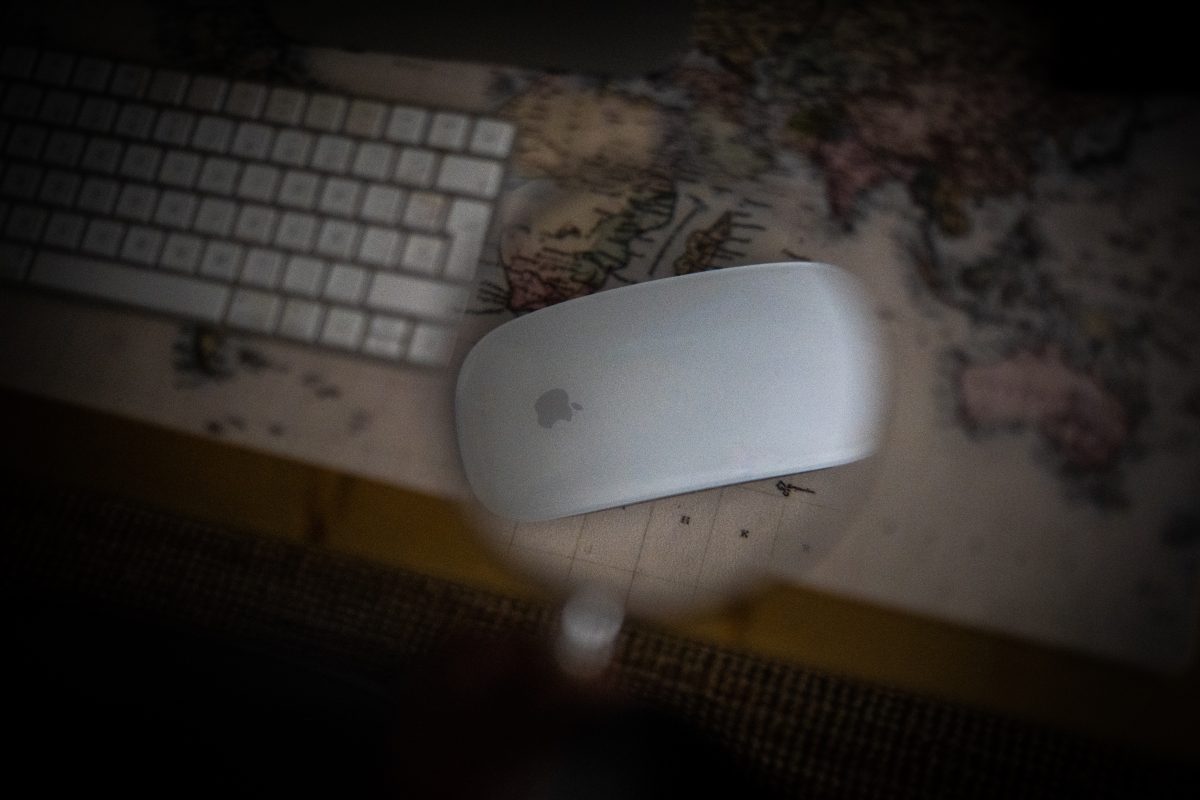 First Steps to Getting Started in Open Source Research